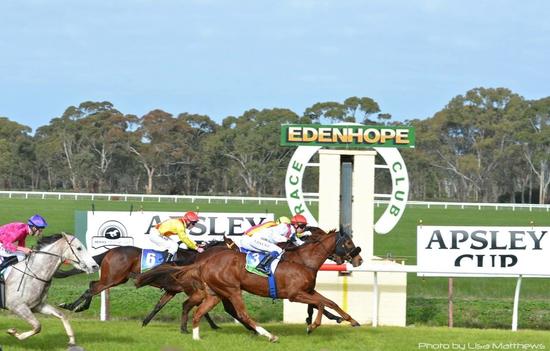 Strike Action broke his maiden at Edenhope in the West Wimmera Shire Maiden over 1000 meters first up from a spell at his fourth start. Sam Payne gave him a good ride from barrier 4 settling behind the leaders and making his run before the turn and come down the outside hitting the front holding off React by a short half head and Exoterical a further 3/4 length away in 3rd in a time of 59.87 for the 1000 meters.

Strike Action is by Street Boss from Julie's good race mare Afterburn who won seven races including four in the city and over $200k in Stakes and finished second to Typhoon Tracey in the Group 3 Francis Tressaday Stakes for the stable.