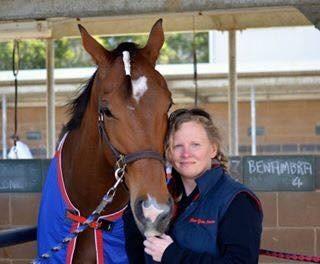 Benambra won his tenth race for connections in the Racing.com BM58 Handicap at the Pakenham Synthetic over 1400 meters in the time of 1:26.63 carrying topweight of 61.5 kg. The now eight year old was given a great ride by Dale Smith to win at the odds of 40/1.

Jumping well from barrier 3, Dale had him settled midfield in the running. At the turn he hooked wide to make his run down the outside, taking the lead at the 200 meter mark winning by a length from the David Hayes trained Edraak and the favourite Precision Timing a short half head back in third.

Benambra has now had 58 starts for ten wins, three seconds and seven thirds for over $115k in prize money.