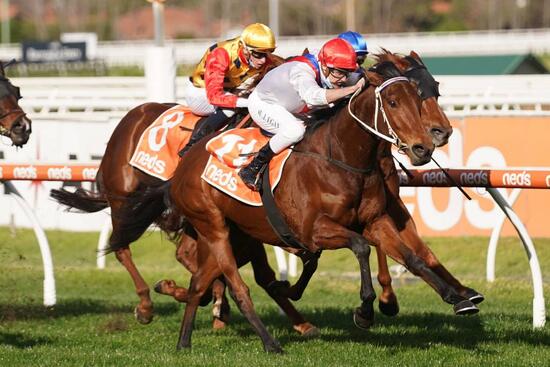 Double You Tee will carry the top weight in the first Victorian country feature race of the spring - Sunday's $100,000 Gold Nugget in Ballarat.

The Patrick Payne-trained Double You Tee will carry 61.5kg - 7kg more than he had winning this year's Hobart Cup in February.

While the seven-year-old will be vastly improved by the run, he has a fair second-up record with two minor placings from five starts.

Ballarat Turf Club and Racing Victoria have been rewarded for a doubling in stakemoney for the 1600m event with a capacity field of 16, plus two emergencies.

The six-year-old is aiming to give Alexander his second major scalp on his home track, with him having landed the 2021 Ballarat Cup with Kiwia.

Pappalino has not been seen in a race since finish a fifth to Si Si Bon in the Eclipse at Sandown Hillside in November last year.

Hometown stable have a strong hand.

Warrnambool trainer Aaron Purcell has the biggest presence with Constantinople and Takumi.

Constantinople, which is nominated for the Caulfield and Melbourne Cups, is also an acceptor for the MRC Foundation Cup, 2000m, at Caulfield on Saturday.

He has been through a few stables since being brought to Australian from Ireland by Aidan O'Brien in 2019 when fourth in Caulfield Cup and midfield in the Melbourne Cup. He raced with Team Hayes and is in his first campaign with Purcell.

Ballarat Turf Club has programmed eight races for Sunday, with the opening event at 1.25pm.

The track is rated a good4, with the rail out eight metres for the entire circuit.

Article by David  Brehaut in The Courier Ballarat